The Centre for International Studies and Development 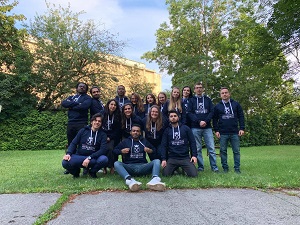 The Centre for International Studies and Development is the ideal space to develop your research and interests in the field of international relations, security and global development issues, thanks to the qualified international and interdisciplinary academic staff, the expertise of its experts and, above all, because of the rich student community. CISAD conducts innovative research, combining international, development and security issues and on this basis we build study programmes for people from around the world, creating the opportunity for intellectual dialogue of the highest calibre.

The Centre for International Studies and Development was established in 2019 at the Faculty of International and Political Studies in response to the need to internationalize the Jagiellonian University and create a space for the integration of Polish and international students.

The starting point for creating the Centre was the launch of the International Security and Development programme, which has been a permanent initiative since 2018.  Previous editions of our programme attracted over 250 applications from more than 40 countries and all continents. At the present time, nearly 60 students are participating in the ISAD programme at the Jagiellonian University.

Apart from the on-going initiative of ISAD, we have created an International Relations and Public Diplomacy programme together with the University of Siena with the generous support of the Polish National Agency for Academic Exchange. We have also launched an MA in Political Ideas in a Digital Age programme. This project was established thanks to multilateral cooperation between four universities – Jagiellonian University in Krakow and its  MA in International Security and Development programme, CY Cergy Paris University, The Political Institute of the Catholic University in Lisbon and The Francisco Marroquín University in Guatemala.

Our main goal is to create a platform for the exchange of experience and for understanding the problems of the contemporary world. The ability to analyse the international environment allows our graduates to be unquestioned experts in the field of security, development, diplomacy, and international relations. 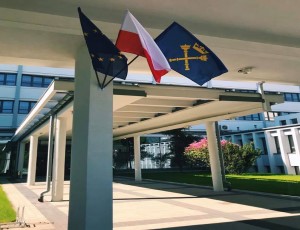 The Faculty of International and Political Studies offers a wide catalogue of programmes that allow graduates to become valued and comprehensively educated experts. The curricula of the courses are constantly updated according to market demands and needs.

Students of the Faculty not only gain an education which is versatile and useful in their professional lives, but also one that develops their interests and passions, in accordance with the centuries-old traditions of our university. Every year, new opportunities for international research and exchanges appear that enable the development of interests and knowledge of students and academic staff.

Proof of the Faculty’s leading position is not only the popularity of its educational programmes, but also the results of numerous rankings and classifications, where we are consistently rated among the best. Furthermore, the achievements of our graduates show the impressive development of their careers.

The Jagiellonian University, founded in 1364, is the oldest university in Poland and the second oldest institution of higher education in Central and Eastern Europe. It was here that the Cracow School of the Law of Nations was developed in the 15th century (an early form of contemporary international law). Then, at the beginning of the 19th century, the Department of Political Skills was established at our university.

In the year 2000, the Faculty of International and Political Studies was founded. One of the main purposes for establishing the new Faculty was to combine the academic and teaching efforts undertaken by various groups of academic researchers at the university in the field of political and international developments – as seen from legal, historical, philosophical, sociological, and cultural perspectives. 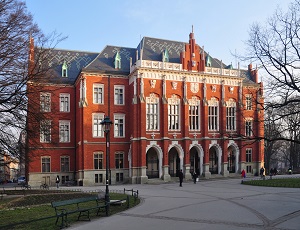 The Jagiellonian University is the oldest higher education institution in Poland and one of the oldest in Europe. It was founded on 12 May 1364 by King Casimir the Great and 2014 marked the 650th anniversary of this remarkable event.

Since the outset, the Jagiellonian University has been an international institution. Poles, Ruthenians, Lithuanians, Hungarians, Germans, Czechs, the Swiss, the English, the Dutch, the French the Spanish, Italians, and even Tatars studied here in former times.

Further development of the University has been inextricably bound with the turbulent and often tragic history of Poland. The institution managed to survive both the partitions of Poland by Russia, Prussia, and Austria, and two world wars, serving as a guardian of Polish culture and identity and educating successive generations of Poles, as well as members of other nations, significantly contributing to the intellectual heritage of Europe.

Some Jagiellonian University students and academics have been major historical figures, including world famous scholars, such as Nicolaus Copernicus or Karol Olszewski, as well as Karol Wojtyła, the future Pope John Paul II.

Today, the Jagiellonian University comprises 16 Faculties, where nearly 4,000 academic staff conduct research and provide education to over 40,000 students, within the framework of more than 80 different fields of study.
Its eminent researchers and state-of-the-art infrastructure make the JU one of the leading Polish scientific institutions, collaborating with major academic centres all over the world. The Jagiellonian University is also home to about 150 student societies, where young researchers pursue their academic interests and develop friendships with those who share their passions.