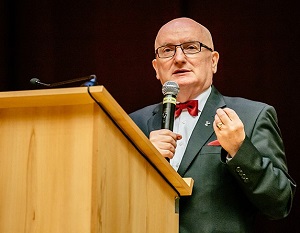 Graduated from historical studies at the Jagiellonian University in 1972, he received his doctorate in 1975, he obtained a habilitation in 1983, a professor from 1993. A member of numerous scientific societies (PAU, PAN, PTH, PTNP, PTSM, scientific advisory institution of the Committee awarding the Nobel Peace Prize, Kennan Institute of Advanced Russian Studies, Smithsonian Institution, Washington, Salzburg Seminar 1989 and 1991). He spent many times in foreign scientific centers, including at the University of Wisconsin, Stevens Point; University of Padova, in the School of Slavic and East European Studies, Univ. of London; at New College - Oxford Univ., in law faculties at: Cleveland State University, Loyola Univ. at Chicago, Univ. of Indiana at Indianopolis, Fordham Univ. at New York; The John Hopkins Univ. in Washington D.C. and at the Bologne Center; Freie Universitat Berlin; Georgetown Univ. George Washington Univ .; he conducted research in presidential libraries in the USA: F.D.Roosevelta (in Hyde Park), H. Truman (in Indianopolis), D. Eisenhower (in Abilene), J.F. Kennedy (in Boston) and L.B. Johnson (in Austin); in the National Archives of the US in Washington D.C., the library of G. Ford (Ann Arbor), J. Carter (in Atlanta); in academic centers educating diplomats, Washington, D.C. New York, Bedford near Boston, at the universities of Prague and Upsalli, as well as at the Hebrew University of Jerusalem. In 2008-2016 he attended about 30 visits to universities and scientific networks (eg IRUN, Coimbra Group, Utrecht Network), of which the Jagiellonian University is a member.

He represented UJ: at EUA (2011 Aarhus, 2012 Warwick, 2014 Brussels) and at CDE-EUA; at EAIE (European Association for International Education) and the Quality Assurance Forum in Tallinn, Barcelona, ​​London, as well as NAFSA (Association of International Educators) in Vancouver, Boston and Denver; as part of conferences of universities and Japanese foundations (Copenhagen, Beppu, Tokyo) and during visits to Chinese universities. All trips allowed for visits to universities and establishing scientific cooperation of individuals with an important profile for social sciences.

He published and co-created a dozen or so collective works. He is the editor of a series of monographs on American Studies of the Jagiellonian University and since 2001 an editor of the scientific journal "Ad Americam. Journal of American Studies", from 1984 editor of the "Political Science" series as part of the Jagiellonian University Scientific Notebooks. He is the editor of the "Momentum" publishing series promoting the publication of works on leading international problems. He was the promoter of around 1200 MA students mainly in the following fields: political science, international relations, law, cultural studies, administration and English philology. He was the promoter of over 30 doctors, a reviewer in several dozens of doctoral and postdoctoral conducts, and participated in assessing the achievements of candidates for the title of professor. He assesses the conclusions of the Central Commission for Degrees and Titles and the General Council for Higher Education. 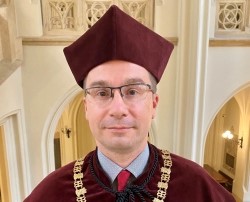 Position:  Associate Professor at the JU

The place where I can be met most often when I am not at work: at home with my Family or somewhere else 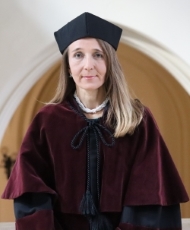 About: Associate Professor of Political Philosophy, Director of the BA International Relations and Area Studies. Currently she conducts following research project: 2019-2021 – international project funded by the National Science Centre ‘The Condtion of Civil Society in Central and Eastern Europe Thirty Years After: a Comaprative Perspective’. Since 2015 expert of Agentur für Qualitätssicherung und Akkreditierung Austria (Agency for Quality Assurance and Accreditation Austria), and since 2019 - expert of the National Science Centre. Her professional experience as a visiting professor includes the Central European University in Budapest, LUMSA University in Rome, University of Hull as well as University of Oxford. 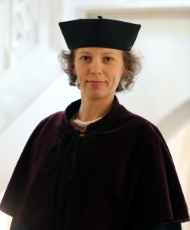 Position: Associate Professor at the JU

About: Ewa Trojnar has graduated from the Cracow University of Economics (2001) and completed her PhD in the Institute of Political Science and International Relations at the Jagiellonian University in Kraków (2008). During years at the university as a student she took the opportunity to study in Japan as well as intern in educational institutions in Greece and Turkey. Distinct political and economic orders in Europe and Asia as well as interactions between them were research subject of her degree theses. The Jagiellonian University in Kraków became her workplace in 2008, where you may find her researching and teaching on Asian politics and economics. At the Institute of Middle and Far East she is a Project Manager of the Taiwan Studies Centre aimed at developing knowledge and understanding of Taiwan.

The place where I can be met most often when I am not at work: Except for library, I might be in Asia as well as in the mountains, or allotment garden. 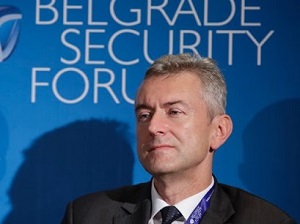 Position: Professor at the JU

The place where I can be met most often when I am not at work: The Net 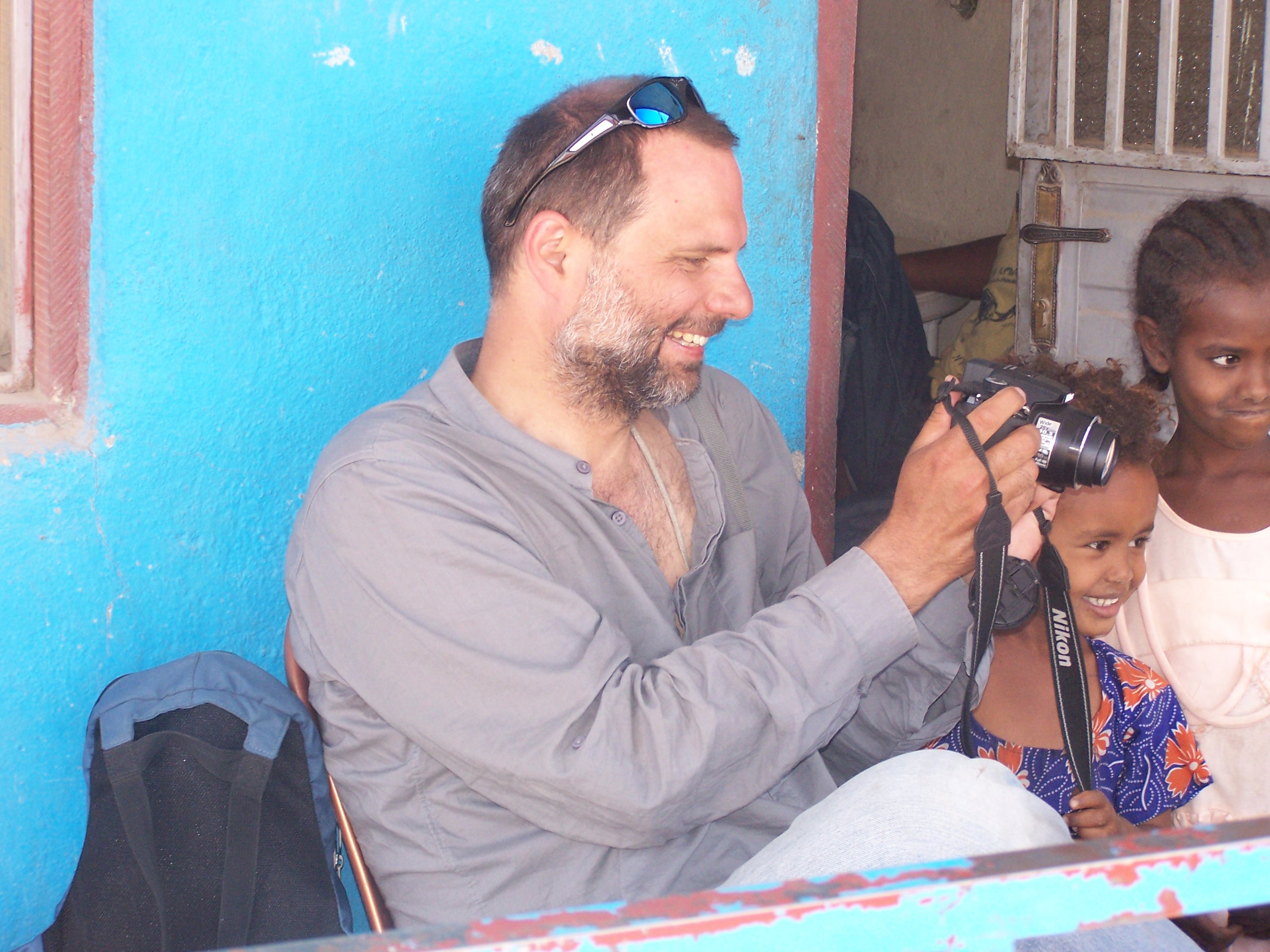 Position: Professor at the JU

About: Robert Kłosowicz, Professor Doctor Habilitated, researcher of international relations, historian, Africanist, Head of the Chair of International Relations and Foreign Policy of the Jagiellonian University and Director of the Jagiellonian Research Center for African Studies. He specializes in research on the relationship between diplomacy and armed forces, the problems of international security and armed conflicts. His interests also include history of the United States, the Napoleonic era and international relations in Sub-Saharan Africa. The author of six monographs, a selection of source texts and several dozen research articles and book chapters. He has conducted field research in over 20 African states. 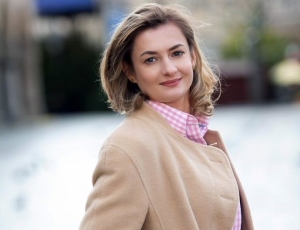 Position: Associate Professor at the JU

About:  Małgorzata Zachara is an Associate Professor at the Faculty of the International and Political Studies of the Jagiellonian University. In addition to an academic’s usual contributions to research and teaching, she also coordinates the M.A. in TransAtlantic Studies Program.

She has also accumulated several years of managerial and academic experience lecturing in different European Universities and coordinating several business-oriented projects (knowledge management, leadership, marketing communication, consumer buying behavior, strategy development). Over the last years, she has received several grants to carry out research in both academic and business-oriented settings. Małgorzata’s experience as a practitioner and an academic has helped her to reduce the gulf between theory and practice by bringing real world issues and problems into classes and testing academic research in the market environment. 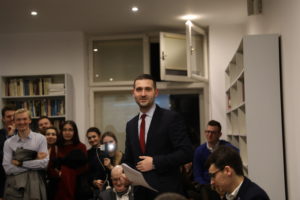 About: He completed a master programme in International Relations at the Institute of Political Science and International Relations of the Jagiellonian University and interdisciplinary doctoral studies in the field of American Studies at the Institute of American Studies and Polish Diaspora of the Jagiellonian University.

During his internships abroad, he was a visiting researcher at the Paul H. Nitze School of Advanced International Studies of the Johns Hopkins University in Washington DC and participated in a bilateral exchange programme at the Heidelberg University and the State University of New York (SUNY).

The place where I can be met most often when I am not at work: Białowieża Forest National Park 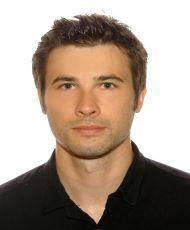 About: He is Jagiellonian University Professor at Jagiellonian University in Krakow, specializing in Political Science. Head of the Department of China. He participated in yearly research assignments in two Chinese universities, Fudan University and Xiamen University. In his research, he focuses on political systems, security issues, and international relations in East Asia. He is the author of five monographs and several dozen of scientific articles.