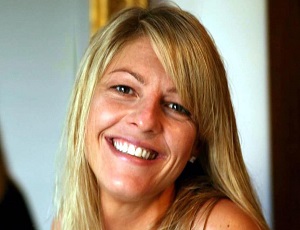 About: With a PhD and MSc in International Political Economy and International Relations from the London School of Economics, Marta specialises in development, international economics, regulatory issues and economic diplomacy. She currently works as a Lecturer and Director of Promotion at the International Relations and Area Studies BA Programme, Jagiellonian University, Krakow, while proving expertise and consultancy to various institutions such as the European Commission or World Bank. Previously, she lectured at the London School of Economics and worked in the media sector at Turner Broadcasting CNN, London and Bertelsmann Media, Brussels.

Marta consulted on policy to several Polish government ministries during and after the EU-Polish Accession Negotiations, think tanks and business and wrote various policy papers. She has wide- ranging experience in European Affairs and regulatory economics and worked in Brussels at the European Commission, Parliament and private sector as an economist/ policy analyst. At the Jagiellonian University and other universities she lectured diverse subject areas, as well as coordinated several academic programmes. In addition, at the Center for International Relations and Kulczyk Holding, Warsaw, she created the analytical basis for a newly established think tank on Central and Eastern Europe, CEED Institute. While being in charge of the programme, she published strategic papers such as Chinese Investment and Business Ethics in Poland. She holds a BA in Russian and East European Studies from the University of Texas, Austin.

The place where I can be met most often when I am not at work: With my daughter