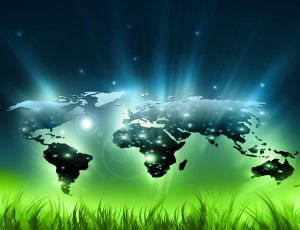 This is a course about globalization. It will analyze what globalization means, how it has developed, what consequences it has on people, firms, and states. Which actors shape globalization? How do they influence each other? When do they choose cooperation rather than conflict? How wins and who loses from globalization? We will answer these and many other questions by looking at policies that have acquired a distinct international character: trade, global finance, development and environmental policies. The course will deal with the development of today’s international economic system: the 19th century’s “first globalization” led by Great Britain; the breakdown of globalization during the two World Wars; the establishment of the post-WWII international economic system; the collapse of the Bretton Woods system and the advent of the “second globalization” since the end of the 1970s. However, the course’s constant focus will be today’s world: the trade-related tensions between USA and the rest of the world (first of all China and EU); the politics of international financial regulation; the struggle for the control of economic resources; the lack of international action on climate change.