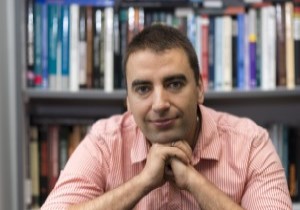 Emilian Kavalski is currently working on the globalization/ worlding/ decentralization of International Relations theory and practice as a result of the growing prominence of non-Western (especially, Asian) international actors and the noticeable impact of global climate change. In particular, he explores   (i) the nascent Asian normative orders and the ways in which they confront, compliment, and transform established traditions, norms, and institutions; and (ii)the encounter of International Relations with life in the Anthropocene, especially the conceptualization of and engagement with non-human actors. Emilian contends that in both these areas the concept and practices of relationality have important implications for the ways in which global life is approached, explained, and understood.

Prior to joining the Jagiellonian University, Emilian has worked at the University of Nottingham Ningbo (China), Australian Catholic University and the Western Sydney University both in Sydney (Australia). Emilian has also held research positions at the Institute for Political Studies, Academia Sinica (Taiwan), Aalborg University (Denmark), the Institute for the International Law of Peace and Armed Conflict, Ruhr Universitat-Bochum (Germany), the Rachel Carson Center (Germany), the Graduate Institute of International Politics, the National Chung Hsing University (Taiwan), Osaka University (Japan), the Research Institute for the Humanities and Social Sciences, National Taiwan University (Taiwan), as well as the Andrew Mellon Fellowship position at the American Institute for Indian Studies (New Delhi, India), and the I.W.Killam Postdoctoral position at the Department of Political Science, University of Alberta (Canada). Emilian is also the book series editor for Routledge’s ‘Rethinking Asia and International Relations’ series and the Central and West Asia Regional Editor for the journal Asian Studies Review.